Once again, it’s a great time of the summer – the Hornby Island Music Festival!

I am honoured to be the piano technician for this great summer music festival, located off the coast of Vancouver Island on one of the most beautiful and iconic of the Gulf Islands: Hornby Island.

For more information about the festival:
https://hornbyfestival.com/

I will be tuning and preparing the grand piano for the concert performances. This year there are three great classical concerts happening in the Hornby Community Hall: 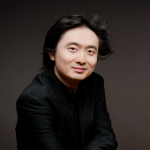 Twenty-eight year old award-winning pianist, Sheng Cai has embraced the keyboard tradition which epitomizes the greatness of the romantic virtuoso. His performances have touched audiences and won the praise of critics on three continents. Honored with a number of prizes and awards, Sheng Cai has been described as a pianist “with great confidence … lucidity, color and power …” 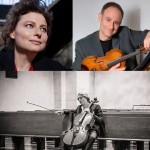 Mark Kaplan has established himself as one of the leading violinists of his generation. His consummate artistry has resulted in engagements with major orchestras throughout the world and collaborations with many of the world’s foremost conductors. Recent concerts have included the Elgar concerto with Leonard Slatkin at London’s Royal Festival Hall, and appearances with the Jerusalem Symphony Orchestra and the Malaysian Philharmonic.

A captivating presence on the concert scene, pianist Yael Weiss is hailed for her visionary interpretations of surpassing depth, immediacy, and communicative power. Her richly varied schedule has included performances in major venues across the United States, Europe, Japan and South America.

I also tune and service pianos for many private clients on Hornby Island while I am there.  If you live on Hornby Island and would like your piano tuned, please don’t hesitate to contact me.

Back in the Piano Tuning Saddle!

Fall is always a busy time for piano tuning, when people get back into music le[...]

I am happy to say that I'm back tuning pianos again this summer, albeit with sp[...]

Stories from a Piano Tuner

This May and June I had the great opportunity of visiting friends and colleague[...]

2012: Adventures on the West Coast: Piano Tuning in Nuchatlitz

Adventures on the West Coast: Piano Tuning in Nuchatlitz by Jurgen Goering It t[...]